Several years ago we had a picture of the Lick observatory after a snow as a calendar. We figured that it’s time to see it from a different perspective. Tayler was flying nearby and noticed the observation door was open, which it rarely is during the day. Upon closer inspection, there is someone working on the door rail system, which gives you some idea of the scale.
This building houses the 120 inch reflector telescope, completed in 1959. Interestingly, light pollution in the San Jose area limited the usefulness of the telescope, but there was inadequate funding to move the facility to another site. In 1980, San Jose initiated a transition from low-pressure sodium lights that were the offenders, and then more recently the lighting has been upgraded again to LED’s. This has made the telescopes viable again.The University of California announced in 2014 of its intentions continue to financially support Lick Observatory.
There is a very nice visitor center and tours, but the road to get there is a bit hazardous, so be careful.
http://bit.ly/July2016Norm

Have a great July! 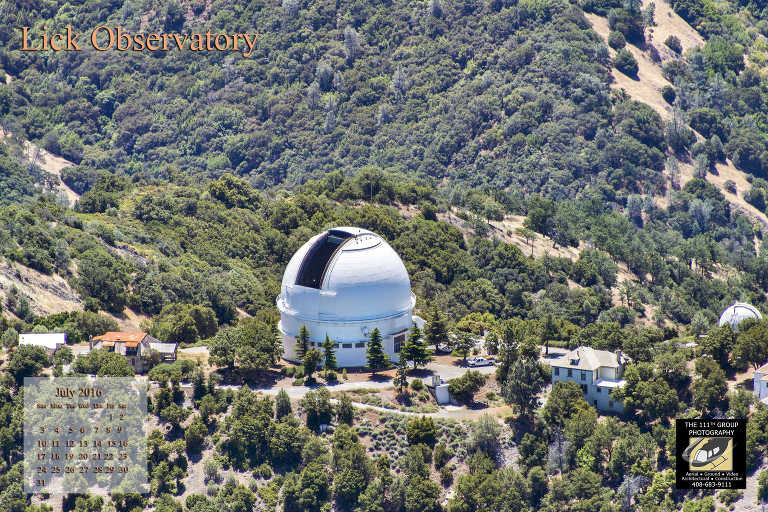 The 111th Group has provided the finest in aerial photography for the Bay Area and Beyond since 1994. Specializing in construction progress photography, commercial real estate photography, mapping, aerial surveys, GIS, and more! We utilize airplanes, helicopters and FAA approved drones to provide high quality photography and videography services. The 111th Group is located in the heart of the California's Silicon Valley.
SERVICES